Some changes are being planned for the University of Victoria that could involve replacing some of the older residences, so recently my husband and I went for a walk and took photos of all the dorms I lived in from 1991-1995.

Interestingly, all the time I lived there, I never thought about who these buildings were named after, so I’ll try to do their namesakes justice here.

According to the UVic website, Richard Wilson Hall is named after a Richard B. Wilson, a prominent local businessman. In 1960, he was the head of Victoria College’s capital fund, and he was chair of the University Development Board and Board of Governors, as well as chancellor from 1967-1969.

From my point of view, this dorm signified the year I finally felt like I was in the last stretch of my degree. I had made it through four years and just had one more to go. So I managed to balance out studying with a bit of fun and joined an intramural ball hockey team. I mostly played defence, but was set up in front of the net one night and scored my one and only goal.

The guys on my team graciously called it the “Highlight of the Night,” even though I was basically cherry-picking, and the ball rolled into the net in painfully slow motion.

Well, back to the present, and our walk took us to a dorm I lived in for only one night: Hodges residence. The UVic website shares the following information about its namesake:

Nancy Hodges (1888 – 1969) was a columnist for the Victoria Times. She was keenly interested in politics and was elected as a Liberal MLA for Victoria in 1941 where she served until 1953. In 1949, she became the speaker of the BC Legislature, the first woman speaker in the Commonwealth.

All due respect to Ms. Hodges, but I wasn’t cut out to live in this dorm. In the fall of 1992, my second year at UVic, I was assigned to live there, and at the time it was designated as a social dorm. Being a quiet, studious person, I was used to the academic dorm I lived in the previous year.

So I was a bit nervous, but thought, “How bad could it be?” I tried it out, and it just wasn’t my cup of tea. The first night, music was blaring as students celebrated the beginning of the school year, and at one point I looked out the window to see a pair of eyes peering back at me.

That was it! The next day, I went to the housing office to apply for reassignment to an academic dorm. As I stood in line talking with other students, I found out that the girl ahead of me had been assigned to an academic dorm and wanted to switch to a social one. Jackpot! The housing office suggested the two of us just trade with each other, so we spent a day moving our belongings, and there I was, the proud occupant of a room in the Hugh Stephen residence.

It’s under renovation right now, so when my husband and I revisited it we couldn’t get very close. It’s located in a beautiful treelined area next to a path bordered by ornamental cherry trees. I used to feel like Anne of Green Gables walking to class each morning.

According to the website, this residence is named after a prominent businessman who was Mayor of Victoria from 1966-1969 and chair of the Capital Region Board. In addition, he chaired UVic’s Board of Governors from 1979-1982.

After a year in this dorm, I was assigned to the Shirley Baker residence, just two buildings away. It’s also under renovation right now.

The website explains that “Shirley Baker (1918-1995) joined UVic housing services in 1965 at a time when only women lived in student residences. She was assistant director of ancillary services when she retired in 1983.”

This dorm is near and dear to my heart because two of my close friends lived on the same floor that year, and to this day we still keep in touch.

Now the end of our walk brings us to the beginning of the story – my first year on campus, living in the Emily Carr residence from 1991-1992.

At the time, I’m not sure if I grasped the significance of who this dorm is named after. Emily Carr is now one of my favourite artists. The UVic website describes her this way:

Emily Carr (1871-1945) was of Canada’s greatest and most original painters. She was also an accomplished writer and won a Governor-General’s Award in 1941. Carr was born and died in Victoria.

This building is surrounded by lots of green space, and rabbits used to hop up to my window. One time, when I had to pull my first all-nighter to finish an assignment, the birds started singing at 4:00 a.m. and kept me alert. The brochures I had read when I was considering attending UVic called it a “parklike setting,” and they were absolutely right.

This video gives a taste of what we saw in the nearby area.

And that’s the final leg of our stroll down memory lane. I loved living on this beautiful campus and will always have fond memories of these old buildings.

This post is linked to Jo’s Monday Walk. Many thanks to Jo for inviting us to join her and share our stories.

If you enjoyed reading this post, please consider sharing it:

6 thoughts on “A UVic Stroll Down Memory Lane”

This site uses Akismet to reduce spam. Learn how your comment data is processed. 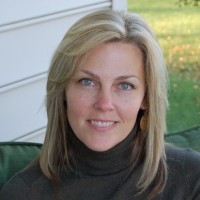 The Musings of a Writer / Freelance Editor in Training

Walks in Your Backyard

Outdoor Places to Walk, Hike, Run and Explore on Southern Vancouver Island with emphasis on flora and fauna

Photographs taken with a compact camera journaling everyday life in Central Massachusetts and beyond.

"So let us know, let us press on to know the Lord. His going forth is as certain as the dawn, and He will come to us like the rain, like the Spring rain, watering the earth." Hosea 6:3

for the love of scotland

lifelessons - a blog by Judy Dykstra-Brown

Reflections on Life through poetry, essays and photos

The life of B

Mainly through the lens of a Nikon

Suzanne's Life and Travel Musings from New Zealand and Beyond

Travel Between The Pages

The Intersection of Travel, Books & Art

Welcome to my blog all about the things I love to grow and cook. You'll find a collection of seasonal gluten-free, dairy-free and vegan-friendly recipe posts, as well as a round up of my gardening throughout the year. I wish you good reading, happy cooking and perfect planting!

Photography. Adventures. And probably a few things in between.

Teaching the art of composition for photography.

Haiku out of Africa

Small Slices of a Good Life